Since I was a child, I’ve never enjoyed watching TV. I much often prefer to read books. However, my taste in books have shifted considerably from my childhood days. I always enjoyed reading adventure novels but in the last 10 years have gained a preference towards Dystopian novels. Dystopia, the word which is opposite to Eutopia, simply means a mostly negative world/ society. Thanks to many of these books being adapted into film, they have become a lot more popular. Most of the books I enjoy make a comment about our society and makes me more conscious about the injustices in our world. The book that started my fascination with this genre is: 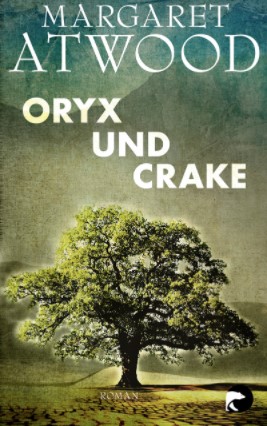 ‘Oryx and Crake’ by Margaret Atwood
I often credit this book for changing my life and shaping my character and point of view, and actually came into my life with assistance from fate herself. I first came upon this book because somebody had left it on a bus that I was on. I picked it up, and before handing it in, I read the blurb (The summary at the back of a book) and became interested enough to buy it for myself on Amazon. Most of my favorite books of all time are works by Margaret Atwood for their ability to make me think. She has stated that any of things she writes about in her novels have already happened to some extent. An example of this is a creature she writes about in the book called “Pigoons”. Pigoons are pigs that scientists used to grow human tissue and organs, but overtime they become smarter, and aggressive before they started to hunt humans. Sounds like Science fiction right? Wrong. This has become our reality as scientists are now growing human cells in pigs in attempt to grow human organs for transplants.
Oryx and Crake is the first book in a trilogy, and what a great start it is!
The story follows a boy named Jimmy AKA Snowman as he is seemingly the last human alive on earth, acting as a sort of teacher to a group of biologically engineered humans he refers to as Crakers. Jimmy Navigates a dangerous Post-apocolyptic world in search of supplies while retelling his story as to how he, and the world, came to its current state.
This book is a dark story focusing on the the dangers of scientific advancement, the dominance of corporate power and the devaluation of art. It is by no means an easy read with its wide array of scientific English, but it is available in Japanese if you think it may interest you.


Next is an absolute powerhouse in the Dystopian Genre: 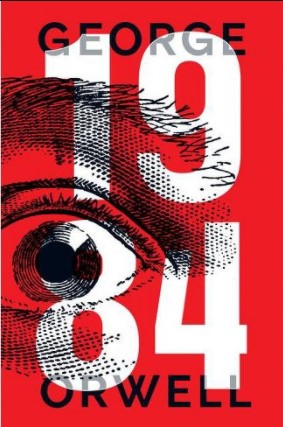 ‘1984’ by George Orwell
Even if you haven’t read this book, You’ve probably heard about it.
The Novel follows a corrupt government known as ‘Big brother’ with 4 main ministries which are all misnomers. (A misnomer is something with an inaccurate name. For example ‘Morning Sickness’ is a misnomer because the sickness can occur at any time of the day.)
The Ministry of truth- which mostly erases and changes history to the governments liking.
The Ministry of peace- which is the military that invades neighboring countries.
The Ministry of Plenty- which rations the peoples food and ensures they have very little
The ministry of love- that uses torture to enforce the rules and ideologies.

The government constantly watches every citizen and even reads their mind. If you are found to be thinking anything negative about the government, you are taken to the ministry of love. This is what is referred to as ‘Thoughtcrime’ The story focuses on Winston as he goes against the regime. He writes anti Big brother comments in his diary, and starts a secret affair with his love Julia. 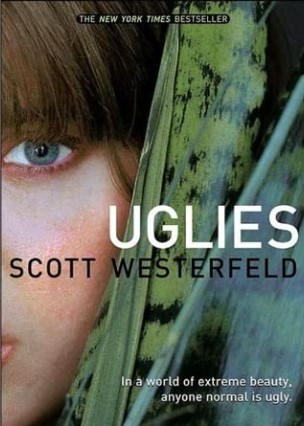 This book is considered young adult but is one of the first I read so it holds a special place in my heart. The story comments on societies standard of beauty. It follows Tally, a 15 year old girl (almost 16) 300 years in the future. In this world, when you turn 16 years old, you receive cosmetic surgery to become the societies standard of beauty and move to another part of the city to live away from the ‘uglies’ As a pretty, you takes on the appearance of other pretties: perfect teeth, jawbone, complexion, large hypnotic eyes, slim frame and full lips. frizzy hair becomes sleek, curly and shiny and your eye color is changed to silver. As a pretty, Tally is vapid and shallow, side effects of brain alterations, also called lesions, secretly performed during the pretty surgery. I found this book interesting because I find our societies obsession with being beautiful is destructive. People spend too much of their life worrying about how they look instead of embracing it! 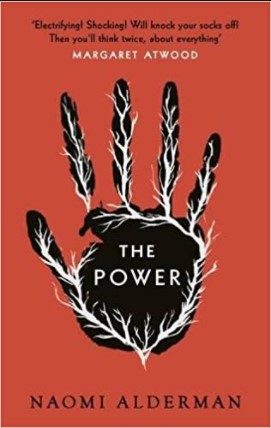 The Power by Naomi Alderman
All over the world, stories emerge of women who are attacked by men and develop the ability to fight back using lightening as self-defense. Over time, more and more of these women emerge and learn to harness these powers, and the worlds power dynamic starts to shift. Men become afraid of women and the patriarchy crumbles and paves the way to a new matriarchy. I’ve always been interested in feminism and this book managed to sum up the fear women can feel at the hands of men on a day-to-day basis. It’s not such a subtle message but I believe the topic shouldn’t be subtle. With the current age with the ‘me too’ movement it’s more important than ever for men to take a look at their behavior, and their friends or co-workers behavior and hold people responsible. This book should be read by everyone, but especially men, and I hope it opens your eyes to how hard women have it.