I am a self proclaimed Otaku. English people would call me a weeb, which is a derogatory slang word to mean a person who is obsessed with Japanese culture, more specifically Anime. So like with my previous list of my top favourite video games, here is my top favourite Anime! 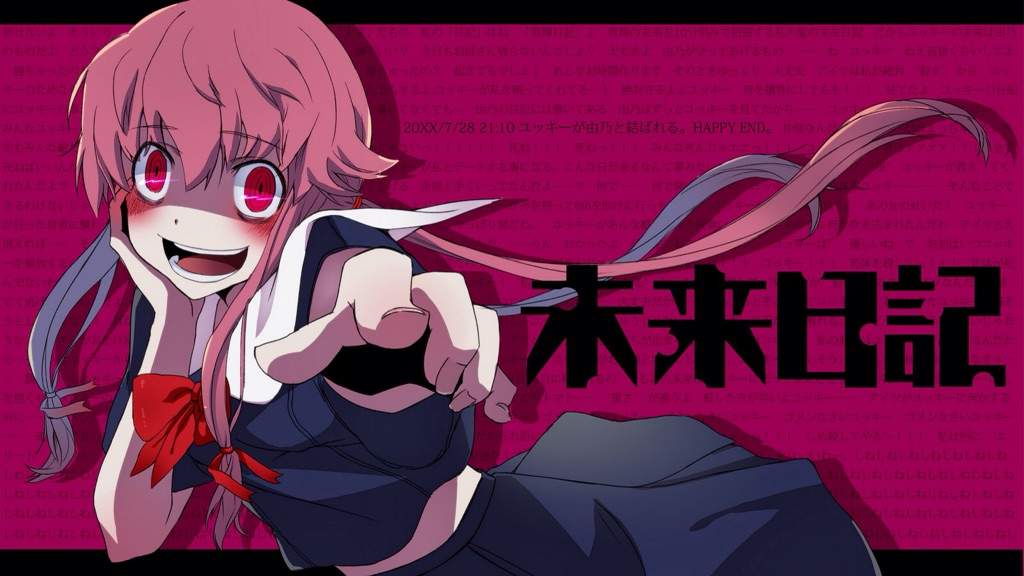 Though with live-action movies I am not a fan of violent or Gory, Anime seems to be an exception. Mirai Nikki is a somewhat confusing plot which makes me love it more. The basic premise is 12 people who write in a dairy on a day to day basis suddenly have the ability to have their diary predict the future with each one with different powers depending on its previous use. For example, the main character only ever wrote about the things happening around him and never about himself, and therefore his diary can only tell him what will happen around him. Another character, a criminal, wrote about the times she escaped from the police, and her diary can now predict how she can escape from them in the future.
These 12 diary users must use their diaries to find the other 11 members and kill them. The last surviving user will become the god of time. I think this anime is vastly underrated and everybody should give it a chance! It’s a different idea and done and the various twists and turns always surprised me. This anime only received 1 season and that was honestly all it needs. 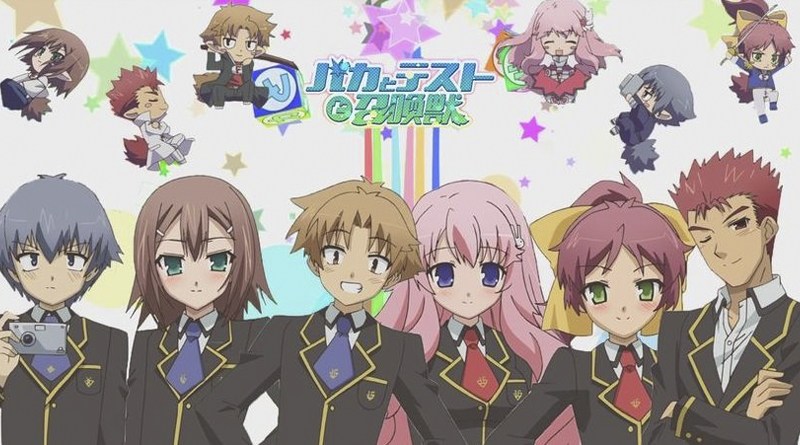 Moving on from the dark fantasy of Mirai nikki is my favourite comedy Baka to test. The story follows the lives of students in a highschool with an unusual testing system. The students are separated into classes depending on their intelligence, with the smartest students being in class A, all the way to the not so smart students being in Class F. Class A has personal computers and comfortable sofas and coffee machines whereas Class F have to write on cardboard boxes while sitting on the floor. The students can battle another class in what they call a “summoner test war”. A student can summon a mini character to battle for them, and this character’s power depends on the student’s score in a test. For example, if you received a high score in Math but a low score in English, your character’s power will be higher in a Math battle than an English battle. If one class defeats another in a summoner test war, the class can choose to exchange class equipment. The story follows Class F as they try to defeat Class A and receive their equipment. This anime is cute, hilarious, and an interesting and unique concept. This anime has 2 seasons but i honestly wasn’t so interested in the second. 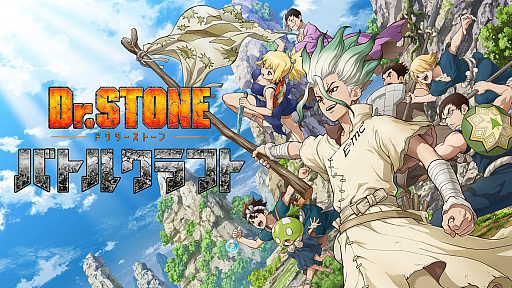 This one is an interesting way to teach people about science in a fun way. The story revolves around how everyone in our world suddenly turned to stone. When the main character Senku, breaks out from the stone thousands of years later, he has to try and rebuild civilization using his knowledge of science to recreate the world we know today. I wasn’t expecting to like this anime as much as I did. It’s pretty funny as well as informative and it’s truly interesting to see how things are made. I highly recommend this even to those who might not have such an interest in science and technology. Season 2 is being aired now on Netflix

That time I reincarnated as a slime. Tensei Shitara Suraimu Datta Ken
I love an anime/ manga with a long name! I admit that this one probably appeals to me because of my love for video games, but this anime hooked me instantly. It follows the story of a man who dies on earth and is reincarnated to another world as a lowly slime. Due to a series of coincidences, he becomes incredibly overpowered and becomes a leader in this video game- esque world. Currently series 2 is being aired but not yet completed, but so far, it’s giving me the same level of enjoyment as the first! 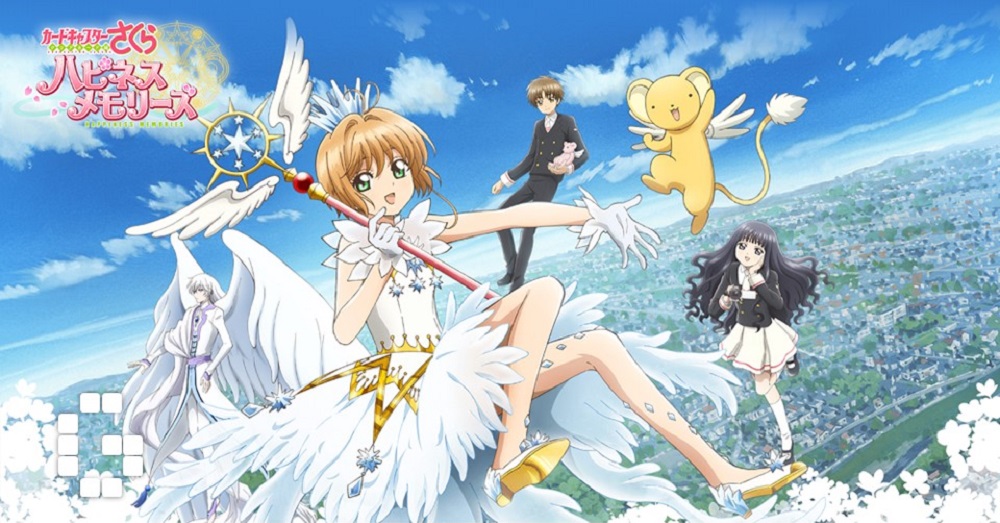 The final one of this list is on my list for nostalgia purposes. As a kid, i was a big fan of Shojo Manga but this one was my favourite by far. The story follows Sakura who accidentally releases 52 magical cards each with different powers. Sakura must use her own magical powers to find and seal these cards and claim them as her own! This show is adorable and at the time was incredibly exciting. Going back and watching it now it seems a little slow and less action packed as i remember it but i still love it all the same. Sakura’s costumes throughout the show are BEAUTIFUL and it’s my dream to one day recreate them all and display my favourites in my home. Maybe not the first Magical Girl type anime but certainly one of the most interesting to me.

That’s it for part 1 of the list, there will be a part 2 in the future so watch out for that! Feel free to recommend some other favourites to me when you see me next, i’m always looking for new things to watch! Bye for now!