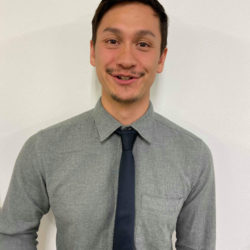 My name is Brave. I come from London in the U.K, my father’s family is from Hong Kong and my mother’s family are British when I was young I loved one thing more than anything else and that was to eat, my father’s family introduced us to lots of amazing and delicious Chinese foods such dim sum and soup noodles with fish balls or roasted duck through my love of Chinese foods I eventually branched out to trying foods from other Asian countries such as Japan trying new things helped me to broaden my knowledge of foods and culture.

When I finished college I decided to become a chef, the work was hard and the hours were long but I loved it, it was great feeling to create new dishes from scratch and explore ideas that would pop up in my head at the strangest times sometimes I would wake up at 4am thinking about how I could make a new dish, after working in London many years I decided to take some time out to travel it was at this time I first came to Japan, I took a trip through china and Korea eventually arriving by ferry in Fukuoka from Busan as soon as I stepped off the boat I felt a feeling and peace and calm around me I felt very at home in Japan, when I got to my hotel I was hungry and I had only one thing on my mind authentic Hakata Tonkotsu ramen! I ate so much Tonkotsu in those first few days it was glorious, I travelled up through Kyushu into Honshu and eventually reached Tokyo from where I flew back to London, Japan was awesome and I knew one day I would return.

After returning to London my new found obsession with ramen led me to a job as head chef and manager at a ramen shop in south London during my time there I learned how to make awesome ramen and worked with many Japanese staff after a year working there I had decided I had to find my way back to Japan, so after new year I came back initially studying Japanese language in Kobe and working as a chef in Motomachi then transitioning to teaching this year and starting work at OEC.

Thanks for listening and hope to teach some of you soon!