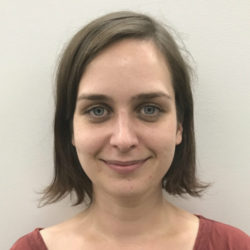 I think Japan has always been my destiny. I`ve been watching anime from a very early age. First in German, then later in Japanese. The first time I came into contact with the Japanese language was when I watched Neon Genesis Evangelion when I was 13. I instantly fell in love with the language and have been studying Japanese ever since. I first studied on my own by just watching tons of Japanese anime, movies and drama, later I studied it properly at university together with English as a double major
Learning foreign languages is a great passion of mine and I love sharing that passion with other people. There is a saying that `The more languages you know, the more human you are`. It means that together with the languages you learn about other cultures, other worldviews and you broaden your thinking about the world.

Through learning foreign languages we also learn more about ourselves. We learn not to take things for granted, because just because something is normal in our culture doesn’t mean it`s normal somewhere else. And we find interesting things in our own native language and culture that we never noticed before.

When people ask me about what`s the best way to learn a foreign language I always reply: You have to make it fun! Combine it with something that you really enjoy, so that it`s not something that you `have to` do, like a chore, but something that you look forward to. Don’t learn useless vocabulary from textbooks that you’re never going to use. Think about what YOU want to do with the language and learn words that are actually useful. If you want to learn real English, you don’t want to just study for tests but actually learn useful communication skills and have a blast while doing so, come to OEC and let`s learn together.