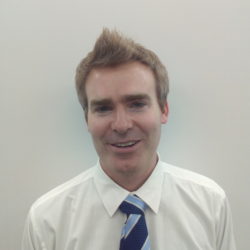 My first visit to Japan was in the winter of 2012. I flew from Incheon airport in Seoul,
South Korea where I had been teaching English. I landed in Narita airport in Tokyo and
took the shinkansen to Kyoto to meet my older sister at a hostel. I never missed a train
thanks to the helpful people I met along the way.

I was awe struck by everything and everyone in Japan. The city streets were so clean,
the people waiting in line for the train were so well manned, and the food was
incredible. I had seen Japan many times in the background of a classic Godzilla movie,
Tokyo Drift, and Lost in Translation. My curiosity for Japan building up more and more
each time I did but now here I was ‘in the land of the rising sun’.

My winter vacation finished and I reluctantly went back South Korea but knew I wanted
to live here. I would finally make the big decision to leave South Korea, say farewell to
my friends, and start my life in Oita, Japan in the year 2014.

Oita showed me a very different side of Japan than the popular image often shown in
movies and popular culture. Oita is a small city no one knows besides Japanese people.
The countryside of Japan is beautiful. The rice fields, mountains, waterfalls, and the odd
shrine in the middle of the woods never failed to satisfy.

Next I discovered onsen culture, which was awkward for me at first having grown up in
Canada where public nudity is non-existent. I got use to it and went to the onsen once a
week every Sunday. I also tried ramen which has become my favourite food in Japan.

I moved to Osaka in 2018 with my dog. His name is Shawn, and he’s a bichon frise type
dog. He’s named after the character ‘Shawn the sheep’. Osaka has a lot to offer and its
my first time living in a major city. The crowds in Umeda and Namba are unlike
anything I had seen before. The restaurants, bars, and shopping centers seems more than
anything I could all experience in a lifetime.

My time at O.E.C has been interesting because I have the chance to talk to Japanese
people face to face. I like the intimate atmosphere and listening to the student’s stories.
Talking to real Japanese people and hearing their life stories is so much better than
anything seen in the movies or pop culture.