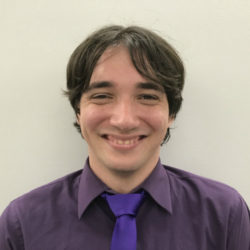 Hello everybody! Pleased to meet you. My name is Marshall and I’m from the state of Arizona in the USA.

I’ve lived in 4 countries and about 12 different cities. My family comes from many countries and cultures, but we’re all proud Americans. My mother’s father is from Poland and my mother’s mother is from Syria. My father’s family has a Scottish and English background.

Living in Japan was a dream of mine for a long time, ever since I was a teenager. When I was a young boy I was obsessed with ninja, samurai, Nintendo and Playstation. I studied Japanese for two years in University and started making plans to try and travel to Japan. I first came to Japan on January 2, 2016. During that time I was living in Okinawa on an American Air Force Base looking for English teaching work. After a few months, I soon found a job in Akashi and started living and working there for the next year. I made many friends working in my company and travelled around Kansai with them to see various places of interest. Akashi is a nice place, but I thought it was very boring so after finishing my contract I decided to move to Osaka. I have been teaching and living in Osaka since 2017 and I’m loving every minute of it!