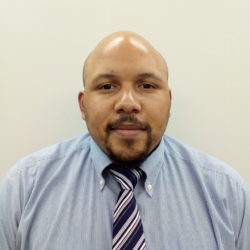 Hello!
My name is Wayne Chisolm. I’m from Louisiana, a southern state located in the US. Ever since I was a child, I’d always been interested in other cultures and other people's way of life.

When I was a child, my father showed me many films. One in particular was a Studio Ghibli film by the name of Princess Mononoke. The story was so captivating and the animation was unlike any other animation I’ve seen in America. It taught lessons that cartoons in America did not. So I began to research where this story came from. Thus began my love for Japanese culture, history, and of course anime and manga.

My career is a mixed bag. I was a high school Biology and Chemistry teacher. I was also a chef at restaurants in New Orleans, LA. I also was a jewelry manufacturing technician. But my most rewarding profession has been teaching English. Learning about other people’s culture while giving them a taste of my own is a pleasure.