I love looking at new apartments. In Japan, it is a lot more reasonably priced to live alone. Most apartments in England are usually for couples or two or 3 bedrooms for multiple people, Making living along extremely difficult. As well as this, most English people expect to pay 40-50% of their salary on Rent compared to the 30% in Japan, Despite of this, initial fees of moving in to an apartment is a lot cheaper in the U.K For one this, we don’t have Key money (礼金). As a westerner, the idea of key money is CRAZY. Handing over that money was so painful for me! And then you add all the other fees and it really adds up. 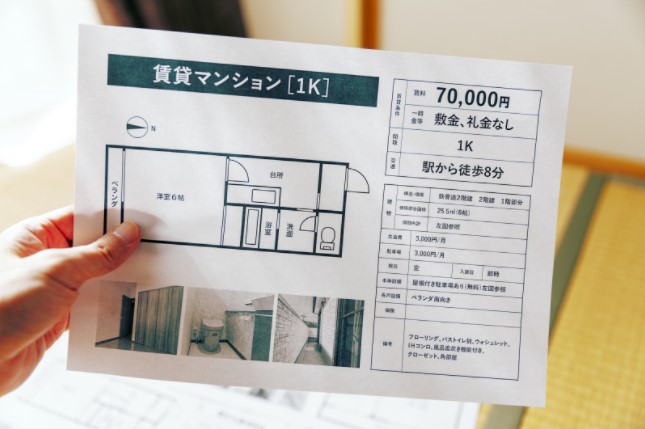 My hunt for the apartment itself was very time consuming. I’m very selective about places I live as most of my hobbies are spent at home so I need to feel comfortable at home. My idea of comfortable is Cold, industrial, and a little strange. I like cool tone colors, dark wood, and metal.

In total, I looked at about 15 properties, some of them I picked out to view, some my estate agent picked out. Some of these places… I do think estate agent photographers deserve a prize. The way they can make not so great properties look beautiful, or small apartment look big is truly a skill. One of the places I looked at, in the picture had really nice grey concrete walls. When I went to see it, I was surprised to find that they weren’t grey walls at all, they were white walls that were very very dirty. SCARY. 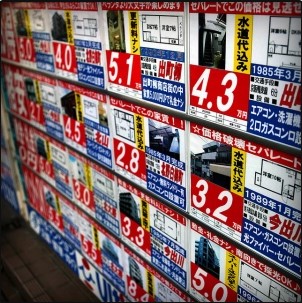 The fun part of the whole adventure was seeing the apartments my estate agent picked. I told him I liked strange apartments. By that I mean like a feature or layout that isn’t so usual, but some of the places he showed me were not so much strange as they were insane.

There was one that was a 1R mansion but the bathroom was directly in the middle of the room… If that wasn’t strange enough, the walls surrounding the bathroom was all glass, so you can watch your guests use the bathroom… WHY? This seems to be a trend with designer mansions recently. Glass wall bathrooms sure look nice, but absolutely not practical.

He also took me to a loft type apartment. However, there was no ladder to get to the top… there was only a rock climbing wall! He asked me if I wanted to climb it, and of course, I said no. I eat far too much cake to be able to climb a wall without a trip to the hospital!

There was also a lot of theme apartments as if they were hotel rooms at Disney world. There was one that was designed to look like an old factory, and another that was a pirate theme. A little too strange for me! Perhaps if there was a Pokemon theme apartment I could be persuaded!

Eventually, I found a place I loved in Osakako and went through the stress of moving during the golden week period! Have you ever viewed some crazy apartments?