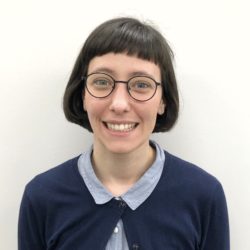 Originally, I come from Barcelona in Spain, where I grew up and lived in until I majored in Architecture design. Since I was a child, I have always been interested in
foreign people as well as languages, and I dreamed of moving far away and experience life through different cultures. As soon as I graduated, I moved out of my hometown and I moved to Germany where I learned German language from scratch.

I spent 4 years living and working in Berlin. Nowadays Berlin is an amazing lively city filled with people from all over the world, where you can both experience a very global atmosphere and a very strong historical German culture at the same time.

But guess what! The greater part of my acquaintances in Berlin were actually Japanese people. This was a beautiful and thrilling coincidence. One day, one of my friends claimed “Japan is knocking at your door!”. This encouraged me to come to Japan for the first time in 2015.

Since then, I have been very attached to Japan and I travelled from Europe to Japan back and forth for a few times until I finally moved to Osaka in autumn 2017.
Nowadays I live with one of my Japanese friends who I actually met in Berlin. This experience widens my horizons and helps me to gain insight in understanding the vast range of nuances of Japanese culture. I am deeply interested in languages, cultural exchange and cross-cultural communication, and living in Japan is for me an amazing challenge that I can experience every day.

I hope to meet you very soon and hear your own story!